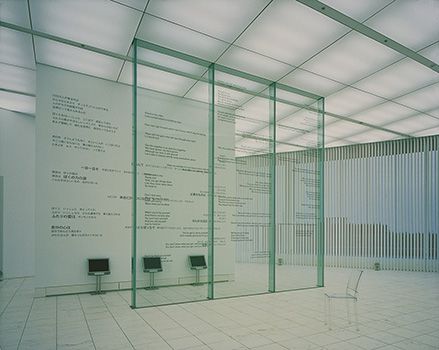 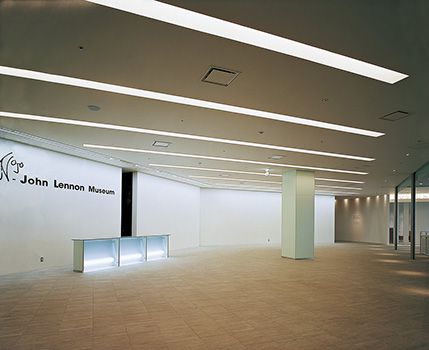 The elegance and appeal of FMG Fabbrica Marmi e Graniti Statuario Venato slabs covered the surfaces of the temporary John Lennon Museum in Saitama (Japan), designed by the historic Taisei Corporation, a Japanese construction and civil engineering company founded in 1873.
Located inside the large Saitama Super Arena, the Museum, opened between 2000 and 2010, collected memorabilia of the talented English singer-songwriter and welcomed over 600,000 visitors from all over the world.
Opened on 9th October 2000, on the 60th anniversary of the birth of Lennon, the Museum was the first of its kind internationally, and was created with the approval of Lennon’s partner, Yoko Ono, who provided a large part of the material and gave it the rights for 10 years.
Its aim was not only to introduce Lennon to new generations, but to explore one of the most influential, fascinating and complex personalities of 20th century popular culture through his works and messages about art and peace.
Located on 4th and 5th floors of the Saitama Super Arena, the Museum was made up of 9 areas with numerous exhibition spaces and ended with a "reflection room", where one could sit while words and images flowed past.
FMG surfaces played a fundamental part in this artistic and celebrative display, creating an overall atmosphere of harmony, serenity and meditation.
It was an atmosphere that exuded typical Oriental sensibility and discretion and that intended to combine, through the choice of floors and wall coverings, respect for an artist who died prematurely and constant commemoration, while welcoming thousands of visitors and fans.
The original shades of FMG marble effect slabs are the ideal technical and aesthetic solution to create this atmosphere.
Statuario Venato is a porcelain slab that combines strength and delicacy in a hard-wearing, stable product, with a finely worked surface that accentuates the brightness of rooms and pavilions.