The gallery dedicated to displaying and freely communicating architecture

The gallery dedicated to displaying and freely communicating architecture

Inaugurated in 2007 in Zona Tortona, Milan’s lively fashion and design district, SpazioFMG is now an authoritative meeting point for architecture and the city. Since the year the gallery was founded, curator Luca Molinari has organised exhibitions on the work of world-renowned architects such as Michele De Lucchi, Herzog & De Meuron, David Chipperfield and Bernard Khoury, dynamic Italian designers such asCherubino Gambardella, Francesco Librizzi and Piuarchand well-known figures such as Cini Boeri, Nanda Vigo and Ennio Brion.

In 2018 SpazioFMG per l’Architettura changed its look, renewing its cultural programme with a multi-year project presented by The Plan magazine focusing on what goes on behind the scenes in architecture.
The Architects Series, as the new format is called, takes the form of a series of exclusive new videos produced in the headquarters of the studios featured, demonstrating the design methods of numerous key figures on the Italian and international architecture scene in a story told in words and pictures, revealing the modus operandi and the design philosophy behind some of the most prominent professionals in the field. The new multimedia format maintains the gallery’s original function as a place for discussion, meeting and sharing and underlines its corporate mission of producing outstanding cultural testimony of great interest to an audience of design lovers and professionals.

Find out more on SpazioFMG.com 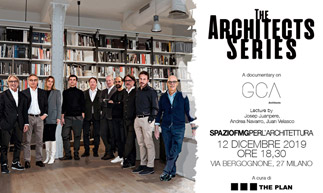 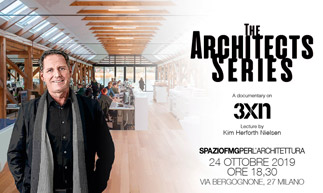 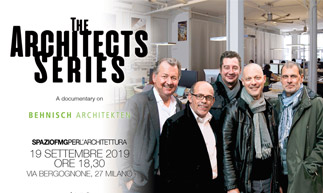 THE ARCHITECTS SERIES - A DOCUMENTARY ON: BEHNISCH ARCHITEKTEN 2019-09-06 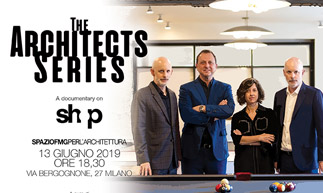 THE ARCHITECTS SERIES - A DOCUMENTARY ON: WEISS / MANFREDI 2019-01-24
For further information and support our customer care service is at your disposal Contact Us