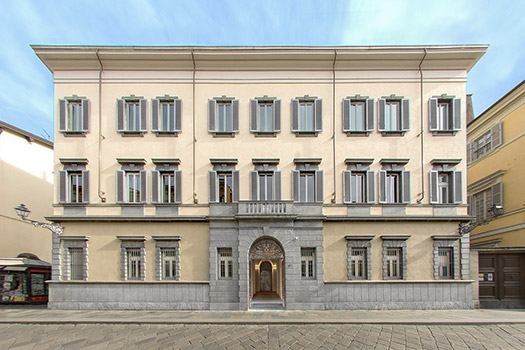 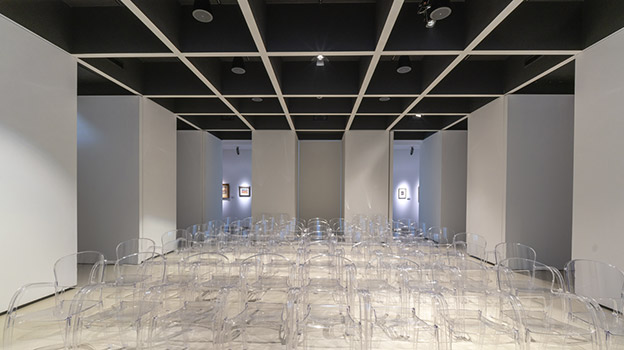 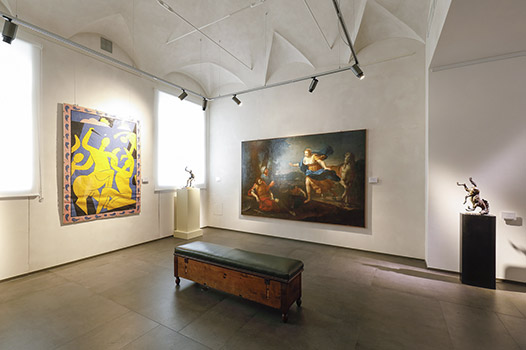 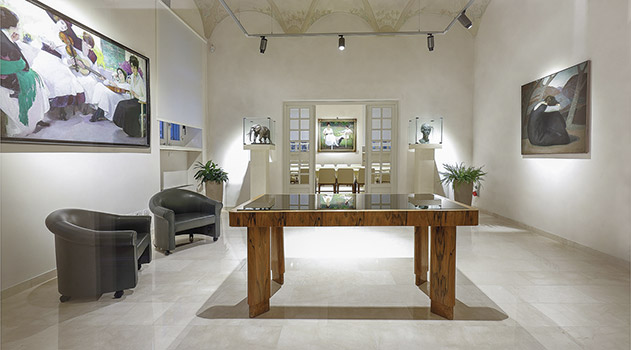 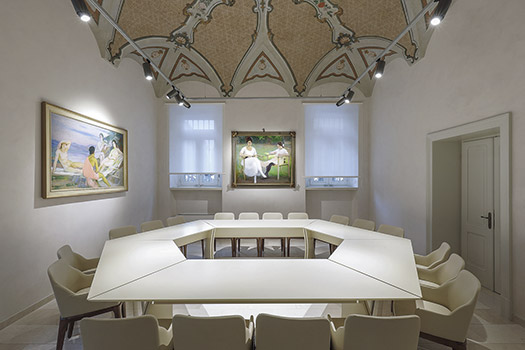 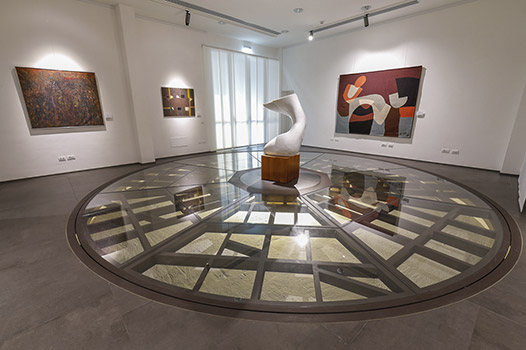 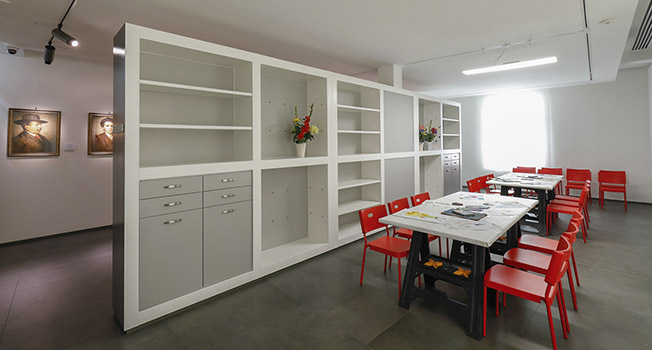 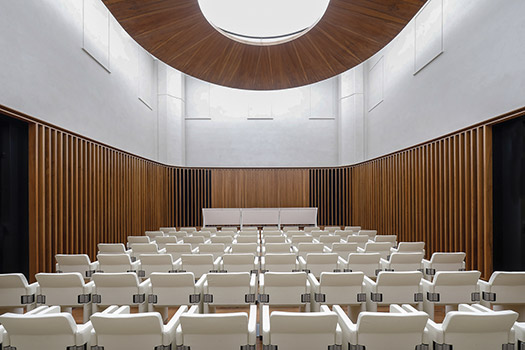 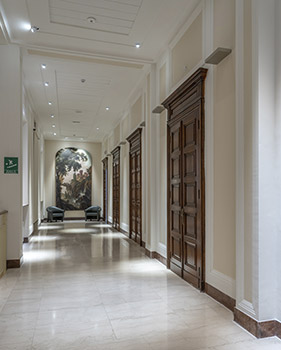 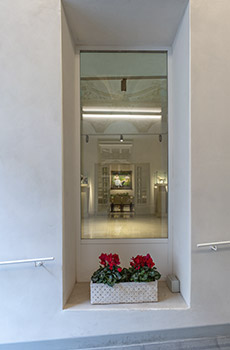 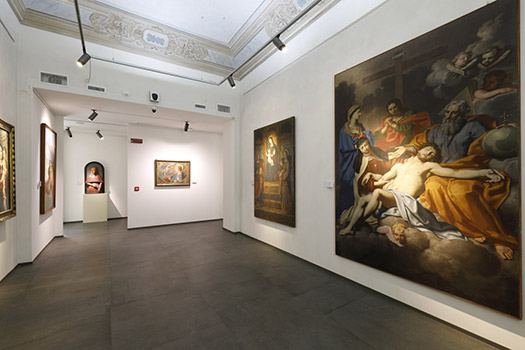 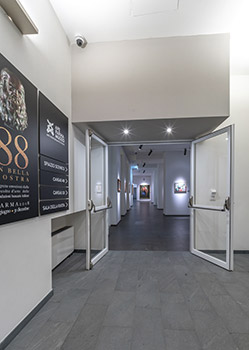 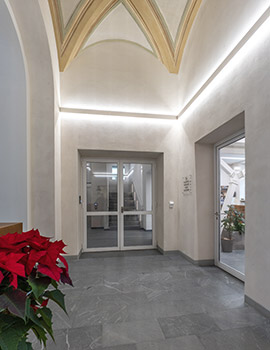 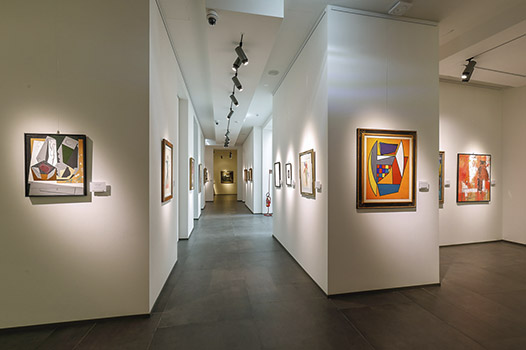 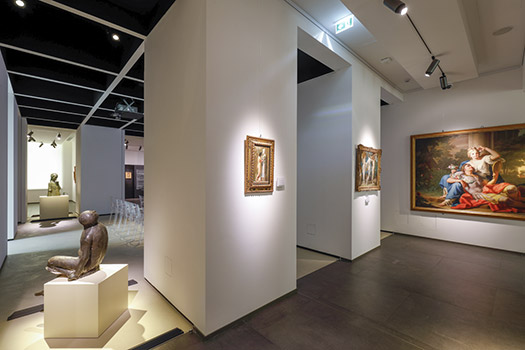 The former Banca d’Italia building located just off the main square in the historic center of Parma was originally a palace for an aristocratic nobleman.
Due to its central position, Fondazione Monte Parma purchased the building, which had been abandoned for ten years, for use as its corporate headquarters and to establish a contemporary cultural and exhibition center.
Following exceptionally detailed analysis, the ensuing restoration and re-use project endeavored to retain, as far as possible, any historical features remaining after the extensive bank conversion in the last century, whilst creating a unitary, uninterrupted exhibition route.
Crucial to the project was to separate the three independent sections: museum, offices and residential space. For this reason, the priority was to create new access routes and paths from the entrance of the building through a large, open porticoed area, which lead to various destinations.
The basement, equipped with the most modern conservation plant and equipment, is used for storing works of art. On the ground floor, are the reception area, bookshops, restaurants and the museum’s main exhibition spaces for large temporary exhibitions, including a multi-function, multimedia space in the center. An auditorium, teaching rooms for communal use and a large exhibition space for permanent twentieth century collections are located on the first floor.
The second and third floors are for residential use (over 10 units available to rent), accessed from a private independent staircase leading from the adjacent piazza. The new APE museum (the name of the exhibition center), while emphasizing its preexisting banking history (armored doors and restored vaults), is a prime example of the cultural reuse of abandoned historical heritage for public benefit. The commission was to create an exhibition route in keeping with urban public spaces and the distinctive building.
An obvious choice was FMG Maxfine CITYSTONE BROWN a large technical ceramic tile available in 100 x 100cm and 150 x 100cm formats. Textured effect “OPUS INCERTUM” tiles, with their warm, delicate colors, produce a uniform surface for the rooms of the refurbished building, creating a consistent path which highlights the exhibition route inside the museum.