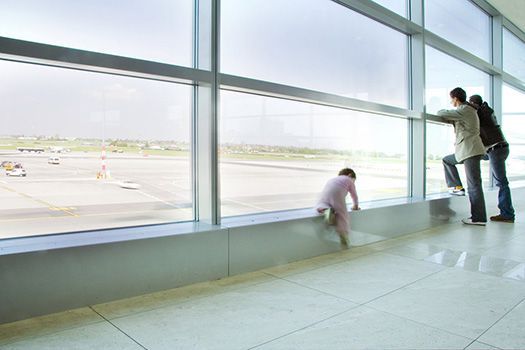 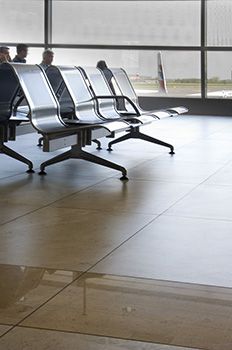 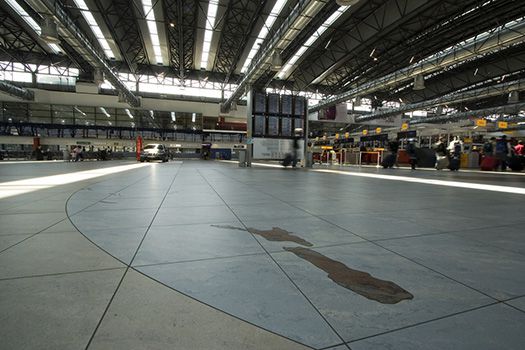 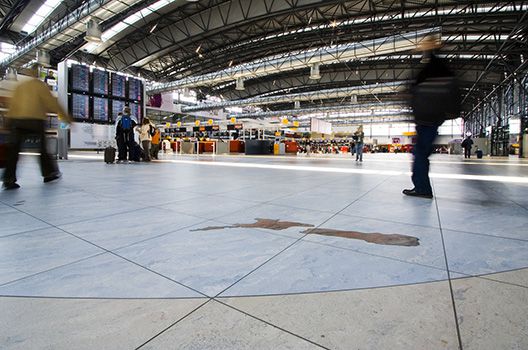 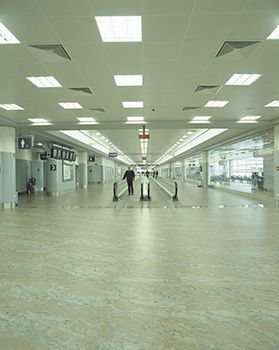 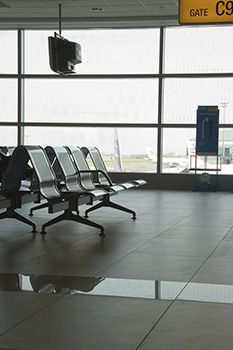 Azul Cielo surfaces from FMG Fabbrica Marmi e Graniti’s range of marble-like porcelain slabs cover the floor of Terminal 2/North in the Czech Republic’s most important airport, Prague-Ruzyně.
Designed by architect Adolf Benš in what was then the First Czechoslovakian Republic and opened in April 1937 after four years of work, Prague-Ruzyně civil airport stood out for its modern architecture even before it was completed, winning a Diploma and Gold Medal at the 1937 International Exposition of Art and Technology in Modern Life in Paris.
On-going modernisation and expansion of the terminal has made today’s facility an efficient, advanced international airport offering all the most important services for dining, shopping and internet access. Officially renamed Václav Havel Airport Prague in 2012, the airport is Czech Airlines’ hub and the main airport of the Czech capital, only 15 km away.
The Terminal 2/North expansion planned by architect Alois Nikodem was completed in 2006 to increase capacity from 6.8 million passengers a year to the current figure of more than 12 million. Boarding areas, check-in areas and baggage handling facilities have all been expanded, and there has been an overall improvement in services for airlines. Its complexity, overall quality and design earned the Terminal 2/North project the "Transport Construction of the Year" award in 2006.
The quality of FMG porcelain permits optimal long-term performance and stability in high-traffic areas such as the airport terminal. Constant mechanical stress and high pedestrian traffic do not affect the strength of FMG’s high-tech porcelain slabs or alter their aesthetic and technical features.
The choice of Azul Cielo slabs that look like blue marble is inspired by the need for beauty and light, preferring a look reflecting a modern, elegant, welcome atmosphere in line with the centuries- old tradition of marble cladding.