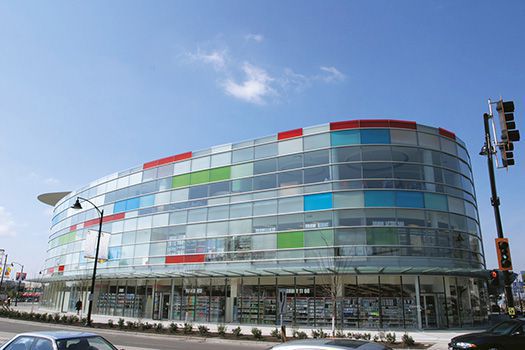 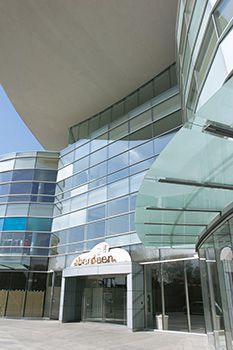 
FMG Nero Marquinia high-tech porcelain tiles are featured in the new Aberdeen Centre shopping centre in Richmond, in the greater Vancouver metropolitan area in British Columbia, Canada.
Created in 1989 as "an alternative to Vancouver’s Chinatown", the Aberdeen Centre is where east meets west to offer an original multicultural experience.
The centre contained 50 to 75 stores when it first opened, specifically targeting oriental consumers with a focus on Asian products. Named after Hong Kong’s famous Aberdeen Harbour, the Aberdeen Centre was North America’s biggest Asian retail centre when it was first built.
The 2003 expansion tripled the mall’s original size; it now measures 380,000 sqm and is home to more than 160 stores, a golf course and 8 restaurants.
The Aberdeen Centre is still an important centre for Canadian retail as well as an attraction offering a weekly calendar of cultural events and entertainment; in addition, the Centre has a spectacular musical fountain 18 metres high in its central foyer.
Its architecture and interior design make the new Aberdeen Centre a big showcase with stores on three levels in a big curved central mall with an amphitheatre at one end. Skylights randomly arranged on the ceiling bathe the interior of the mall in natural light.
The choice of FMG’s Nero Marquinia slabs perfectly suits the Centre’s air of luxury and formal elegance, with their appearance of black marble elegantly variegated with white stripes and veins.