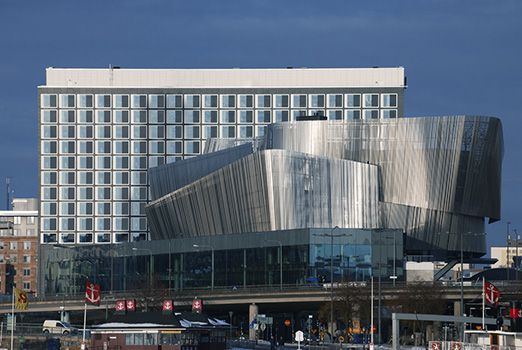 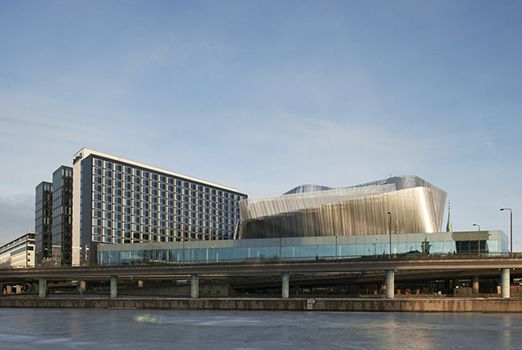 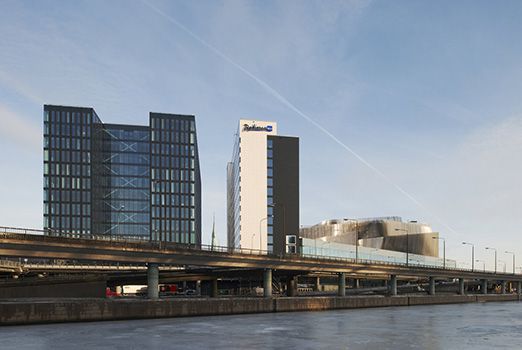 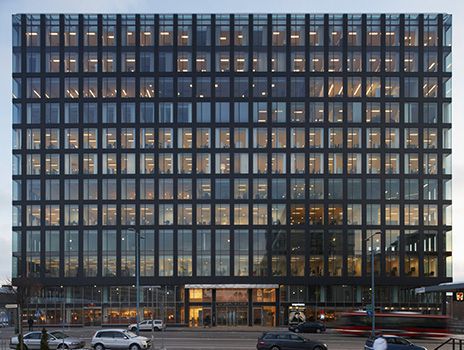 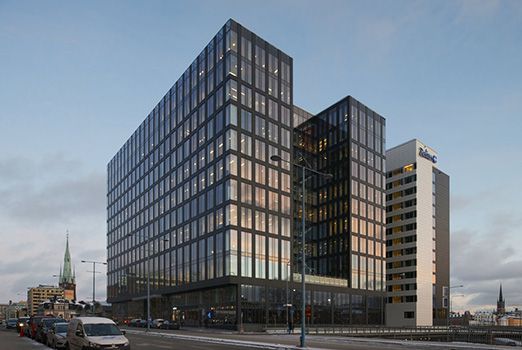 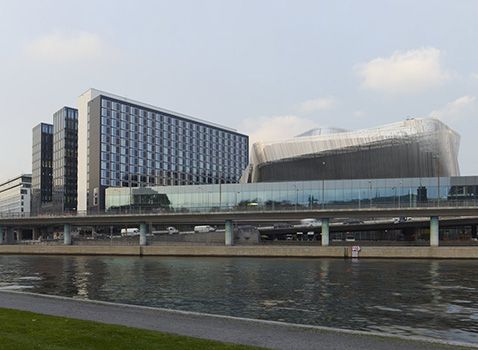 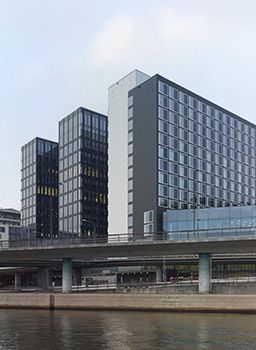 
The innovative design of the Stockholm Waterfront provides the city with a congress centre unique in Europe.
The facility comprises a 3000 seat congress centre, a 414 room four-star hotel and an office building with panoramic views over the water and the city.
The architectural project was conceived and interpreted by White Arkitekter, employing innovative high-tech solutions to make this architectural masterpiece a reality.
“The congress centre is the result of an advanced jigsaw puzzle which has taken architectural solutions and technological possibilities to their limit,” says Hans Forsmark, one of the architects behind the project concept.
The key to its success was the centre’s division into three units: a huge office building on Klarabergsgatan, a congress centre on Riddarfjärden and a hotel forming a dramatic backdrop in between the two.
In spite of this it is the congress centre’s external appearance that will attract the most interest, with its upper section configured in free flowing contours which interplay with the movement of both the surrounding flyovers and the horizontal lines of the quays.
The building’s permanent outer shell is enclosed by “veils” constructed from 3500 stainless steel z-profiles fitted at a distance from the wall.
The design is prepared for illumination which will further underline the centre’s distinctive character.
The Stockholm Waterfront development qualifies for Green Building certification.
The glass façades act like big solar collectors, while the necessary cooling capacity is produced using water from the nearby lake, Klara Sjö.
The outer cladding is made using FMG Fabbrica Marmi e Graniti’s Ardesia Nera Slate, Bianco Statuario Levigato and White Stone Honed materials with exclusive connotations.